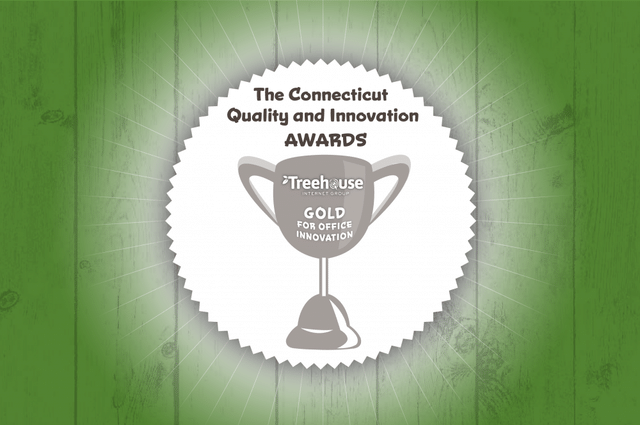 The Connecticut Quality and Innovation Awards are handed out each year to companies that display ingenuity and creativity in making their businesses more efficient and successful. Basement Systems has taken home innovation awards in the past, and this year the company received two gold awards and one silver! And one of the gold awards was given in honor of the Treehouse Internet Group.

With a growing web department that was running out of space for desks, company president Larry Janesky decided to make a change. Rather than squeezing in more cubicles he took it to another level and turned the web department into a treehouse. Using recycled lumber and other natural products he and a group of volunteers (all employees) spent two weeks building a series of platforms and raised-loft workspaces.

This fantasy kind of workspace received a gold honor and the CQIA judges ranked it in the top 20 submissions for the innovation prize.