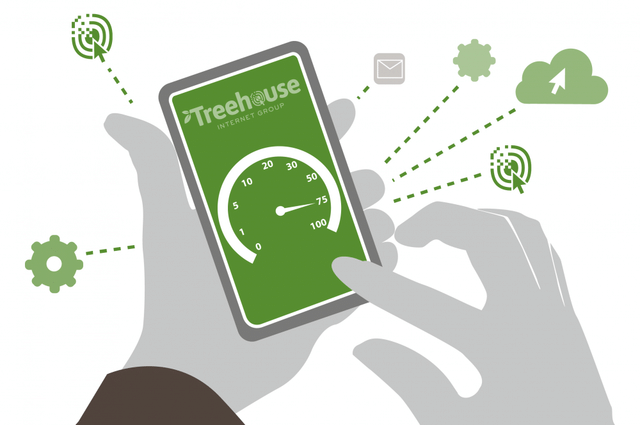 The Treehouse is excited to announce that they have succeeded in making our contractor client's mobiles site load in less than 1 second!

That’s 93% faster than the average. Improving mobile performance is necessary for your contractor company to grow. When it comes to conversion, site speed is a sexy talking point; It’s important, and it’s topical. But in addition to speed, sometimes improving site conversion is as mundane as increasing the font size by a single point.

This change generated a 15 – 45% increase in phone calls, depending on the site.

Take, for example, the Treehouse’s recent testing with our clients office’s phone number. For a while, that number sat at the top of the mobile site – large, bold font, easily recognizable – and it converted well. That is, until phone screens started to get taller, moving your “push-to-call” number further away from the user’s thumb. Seriously. “There’s a renaissance in mobile applications now to bring the navigation back down to the bottom of the screen,” said John Siwicki, Web Production Manager.

And so, the Treehouse created a bottom navigation. It’s simple – a phone icon in the middle with a link to the Service Area and Free Estimate page on either side. Now, that jump in conversion didn’t come overnight. The Treehouse conducted 20 different tests to generate that result, some as small as making the call to action bolder or giving it a subtle shimmer to catch a user’s eye.

It was months of minor changes, monitored implementation, and meticulous tracking. The objective for the Treehouse’s testing is clear: get more users to call or fill out the free estimate form. And we will continue to run tests, embolden fonts, tweak text, make a button shimmer, all to squeeze out even one extra lead, for whether it generates a 1% increase or a 100% increase, it’s all a part of our endevour to be the best in all things contractor marketing, which means, an increase in business for out clients.

Brigette is a brutal distiller of thought and a seasoned connector of dots. If there is a trend, she will find it. Born and bred in Sunny South Africa, she comes with nearly 20 years of Marketing, Product, and Advertising experience, and is always excited to bring a mix of strategic directional and methodical implementation to new challenges. She is an ocean loving, backpack travelling gypsy at heart, with a passion for Global Developments, Technology, and any 4 legged companions. She also enjoys sarcastic humor, a gripping TV series and sunsets.